Dance lovers and performers alike gathered on the shores of the Hudson River on October 8, 2016, to celebrate the fourth annual Hudson Valley Dance Festival in Catskill, NY. The two performances at Historic Catskill Point raised a record-breaking $136,767.

Kyle Abraham/Abraham.In.Motion previewed a stunning solo excerpt from Dearest Home, an interactive dance piece set to debut in 2017 and focused on love and loving across various age groups and self-identified subcultures. Performing in gripping silence, Connie Shiau, the spellbinding soloist, explored the depths of love and connection through a mix of bold, striking movements and fluid, elegant motion.

Kenkel debuted an electrifying duet called Seduction Sweet, which explored an intoxicating dynamic between a seductress and the object of her desire. Inspired by the energy of the late ‘60s and set to the vocal stylings of Aretha Franklin, this simultaneously sensual and high-energy piece, danced by Bahiyah Hibah and Nicholas Palmquist, displayed Kenkel’s fierce choreography and Broadway sensibility. 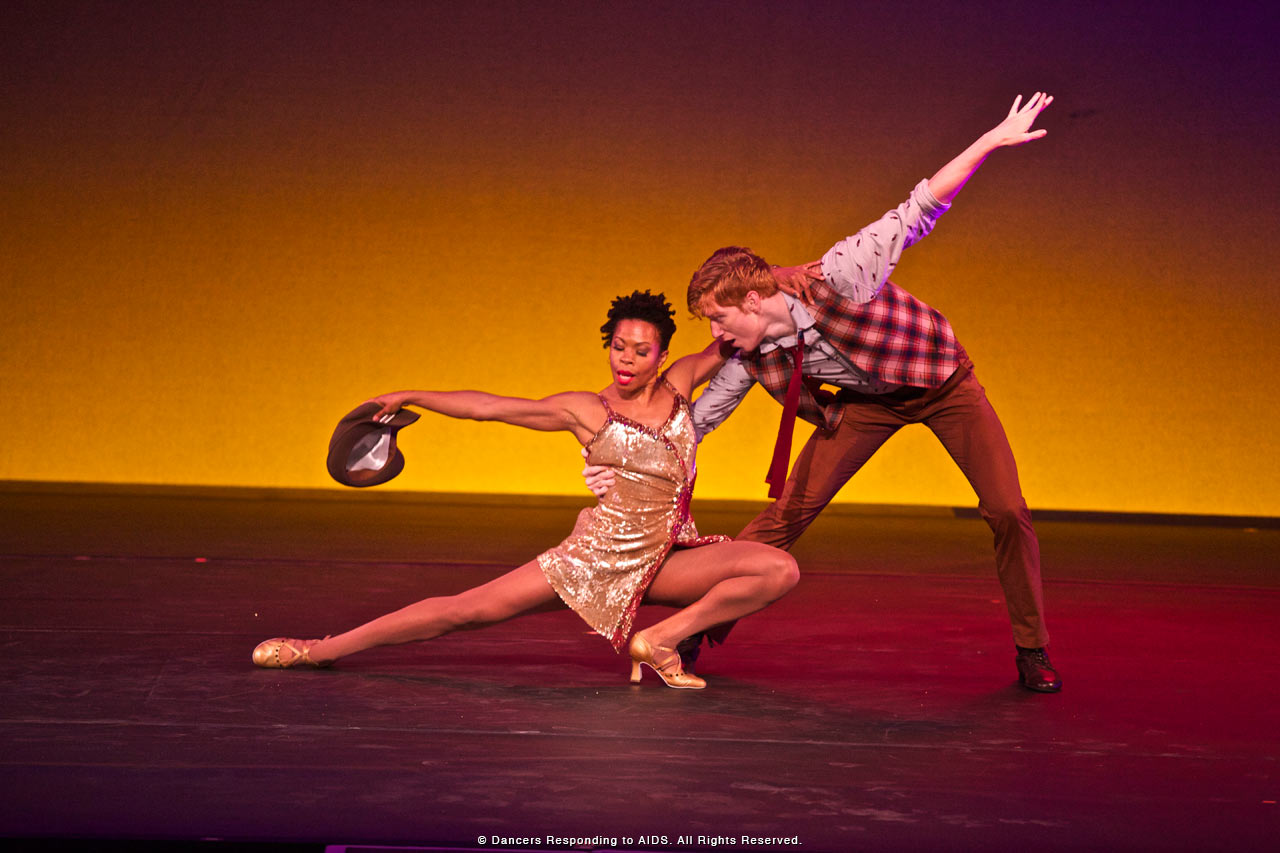 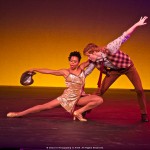 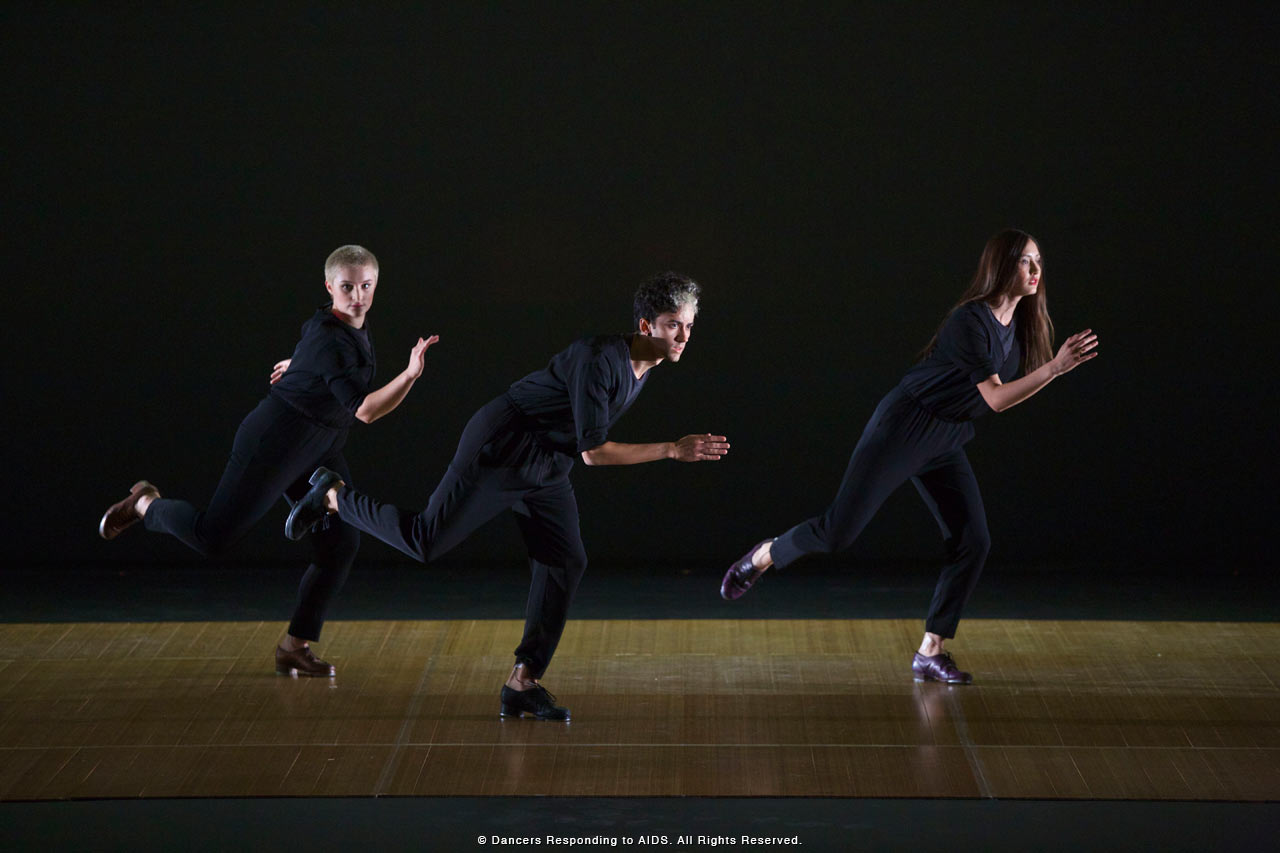 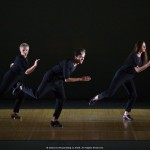 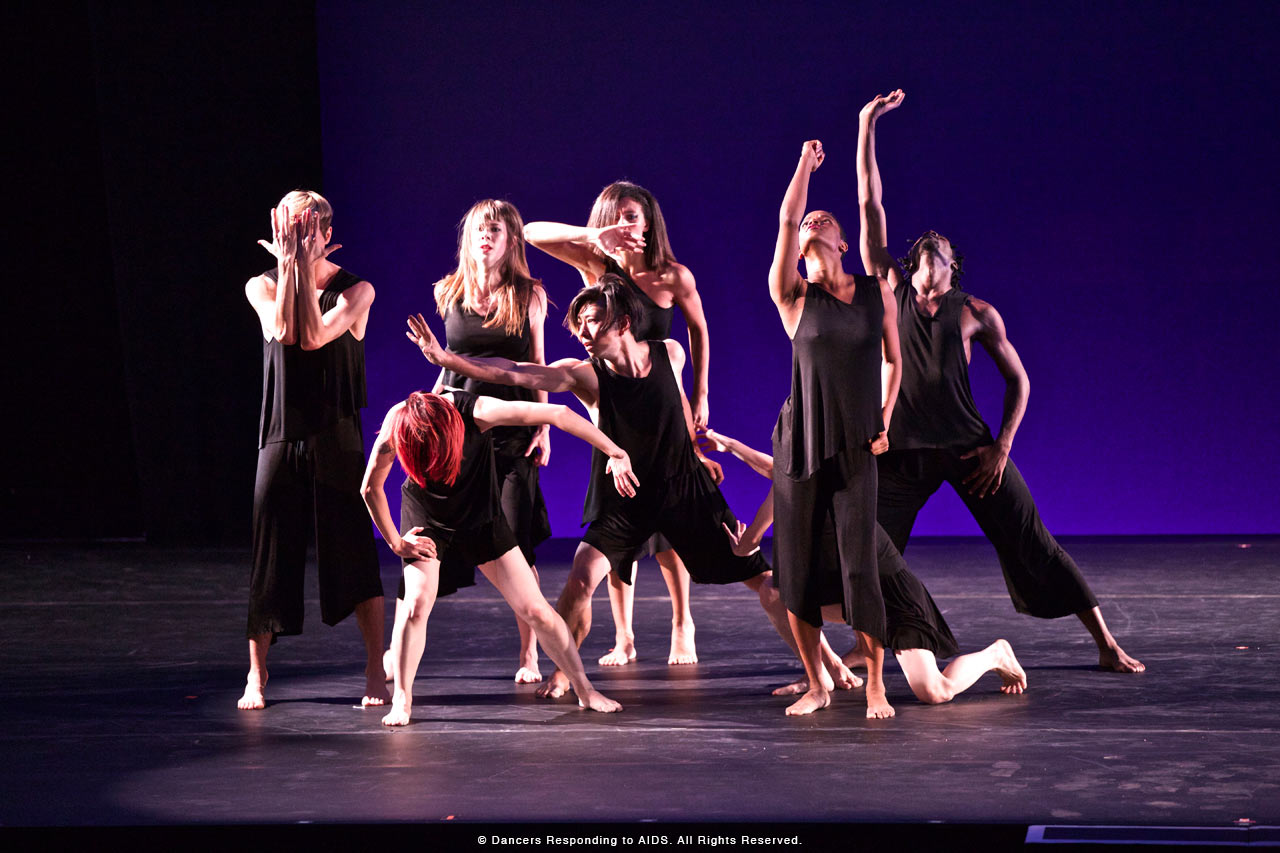 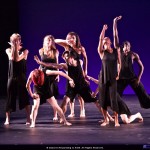 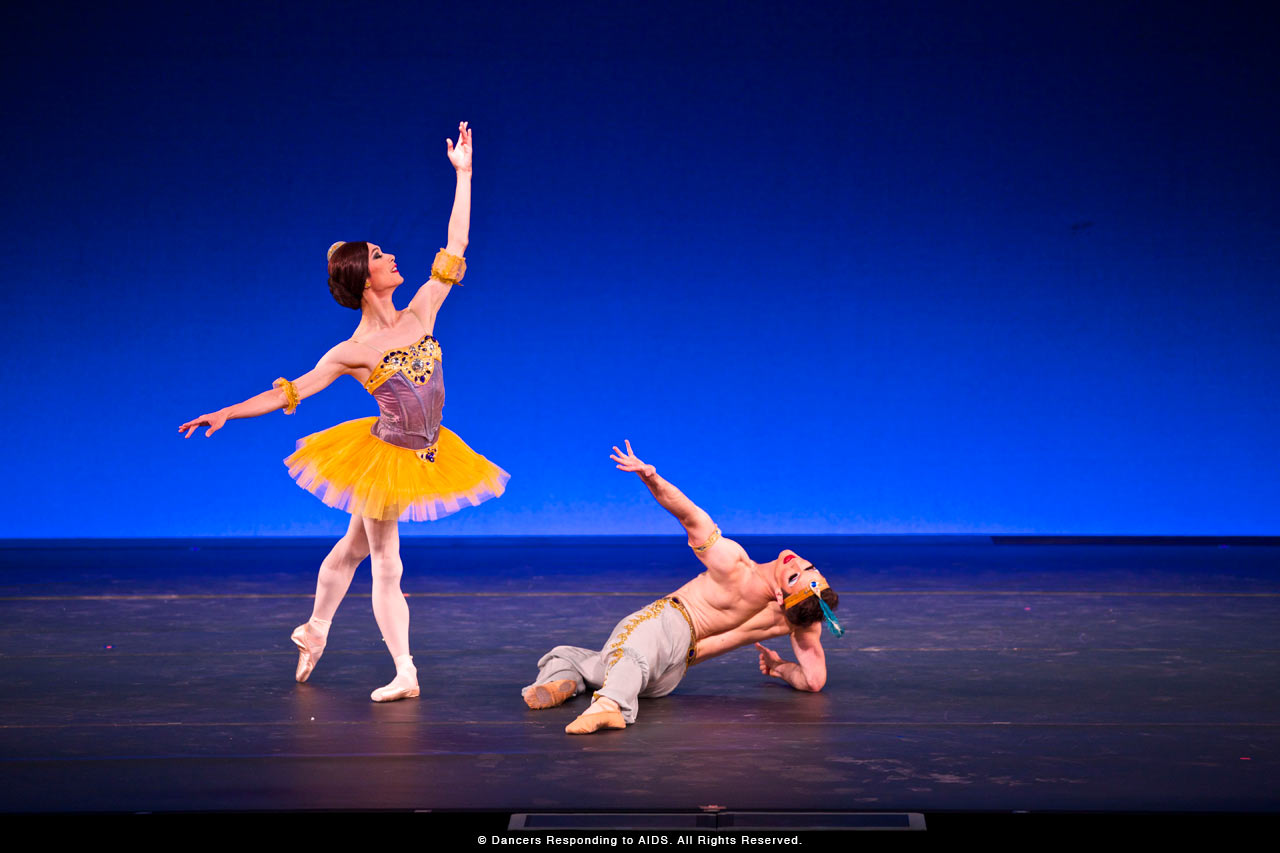 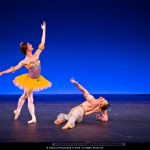 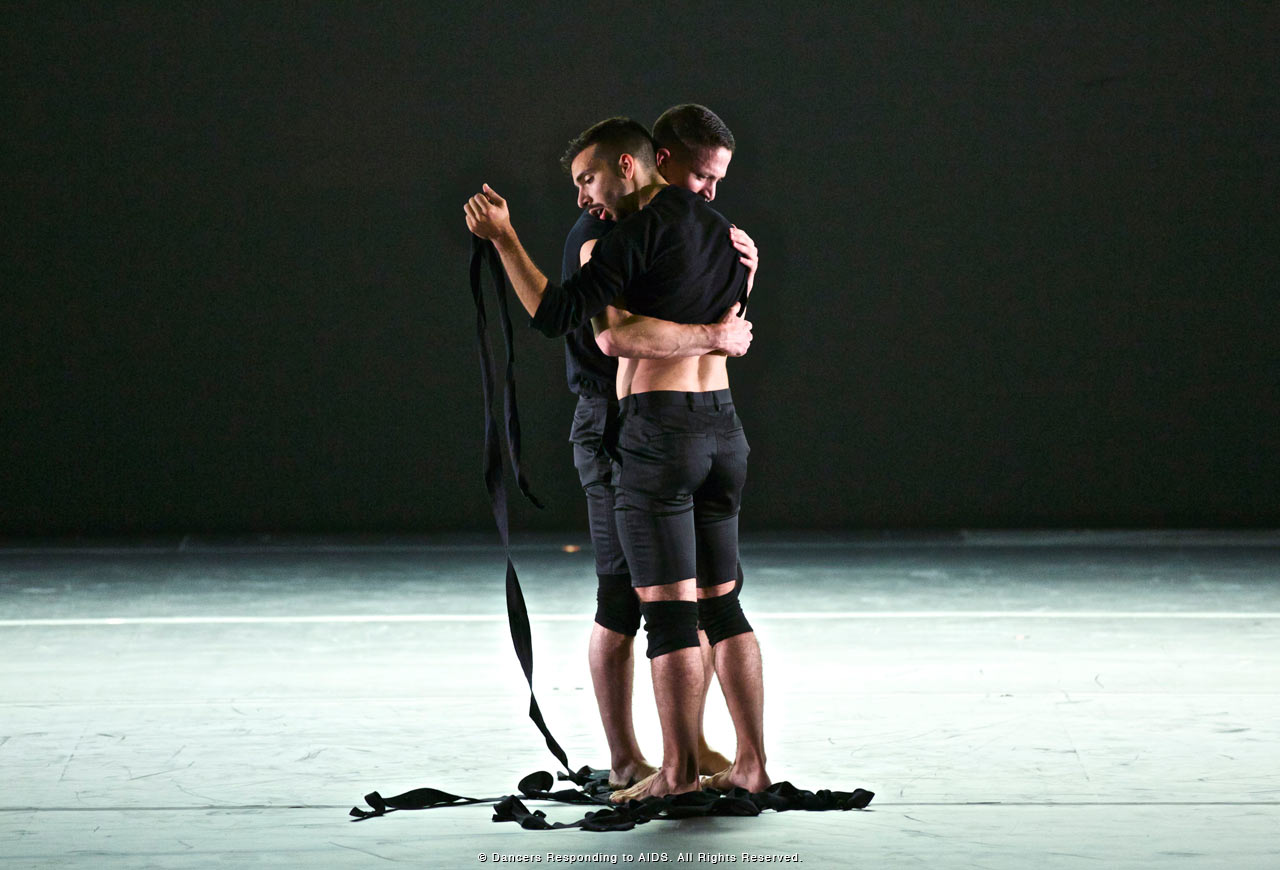 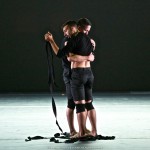 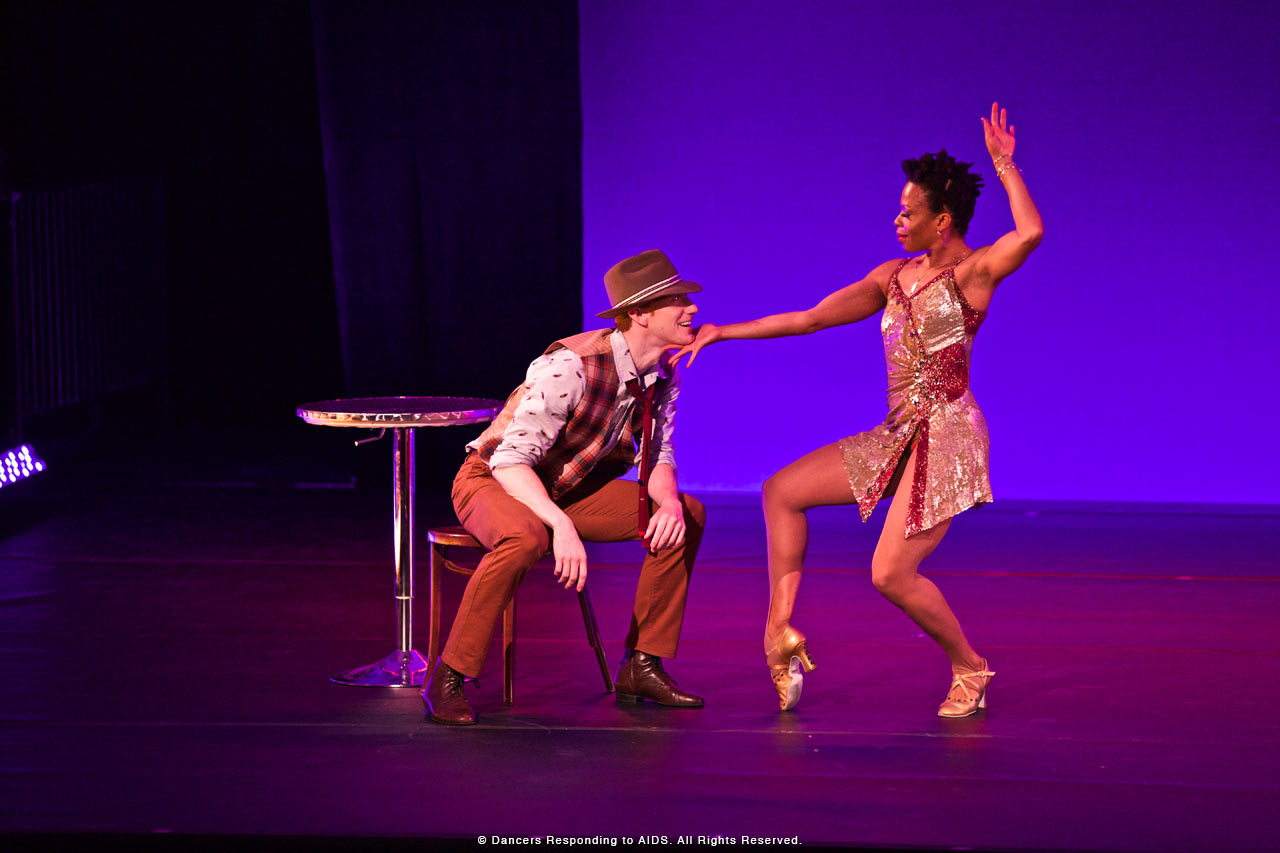 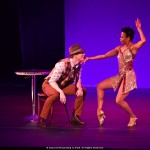 The co-creators of MADBOOTS DANCE, Jonathan Campbell and Austin Diaz, shared For Us, a stirring response to June’s Orlando massacre at Pulse nightclub, which targeted the LGBT community. The duo channeled their charged emotions into a poignant and inspiring modern dance piece, set to a soundtrack of the voices of Judy Garland and Shirley Bassey. For Us premiered this summer at Dancers Responding to AIDS’ Fire Island Dance Festival.

Jennifer Muller/The Works performed an excerpt from Alchemy, a four-movement piece about transformation, drawing inspiration from the four elements: air, fire, earth and water. The excerpt shared was the air and fire portions of the piece. The world-renowned contemporary company entranced audiences with powerful, kinetic movement to a medley of electronically driven songs from techno artists Andy Stott, Kangding Ray and John Talabot.

Closing out the night was the all-male dance troupe Les Ballets Trockadero de Monte Carlo, performing a playfully parodied rendition of the pas de deux from Le Corsaire, one of classical ballet’s most famous excerpts. The audience smiled in delight and frequently applauded as the refined ballerinos presented the traditional form in an imaginative, unexpected way.

Following the event, VIP ticket buyers joined the performers for an exclusive reception at the recently revamped Joe’s Garage, an elegant event venue in downtown Catskill.

In the event’s four years, Hudson Valley Dance Festival has raised an impressive $460,397. The money raised helps Broadway Cares provide grants to AIDS and family service organizations nationwide, including nine based in the Hudson Valley: Albany Damien Center and Alliance for Positive Health in Albany, Animalkind and Columbia-Greene Community Foundation in Hudson, Matthew 25 Food Pantry and Community Hospice in Catskill, Hudson Valley Community Services in Hawthorne, Hudson Valley LGBTQ Community Center in Kingston and TOUCH (Together Our Unity Can Heal) in Congers.