Four of the most sought-after world-class dance companies delighted a sold-out audience at the Historic Catskill Point on October 10, 2015, at the third annual Hudson Valley Dance Festival.

The evening in Catskill, NY, featured captivating performances by Brian Brooks Moving Company, The Chase Brock Experience, Jessica Lang Dance and Martha Graham Dance Company as they explored a range of human conditions from anger to harmony, from violence and terror to pure love and joy.

Performed in a converted 19th century warehouse on the banks of the Hudson River, Hudson Valley Dance Festival raised $125,555, setting a new record for the event. 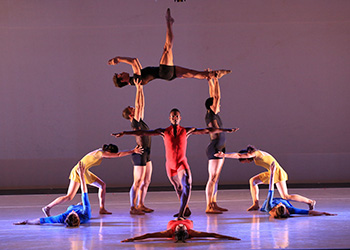 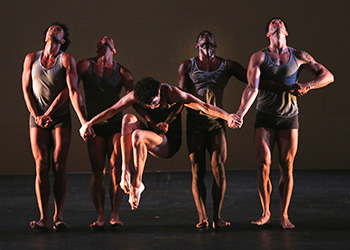 Martha Graham Dance Company, which celebrates its 90th anniversary this year, presented Rust, created by renowned Spanish choreographer Nacho Duato. Rust illustrates the modern plagues of terrorism, torture and violence and the need to stir public awareness to their horrors. In the harrowing, demanding piece, an all-male quintet explored the viciousness and emotional heaviness of the theme set to the slashing music of composers Arvo Pärt and Pedro Alcalde. 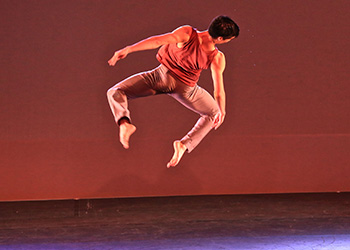 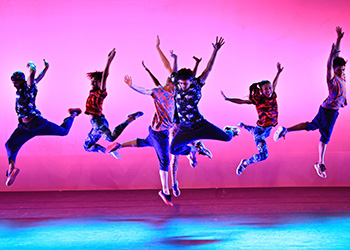 Brian Brooks Moving Company showcased the athletic Torrent, a restaging for eight performers of a piece originally commissioned by Juilliard Dance and choreographed for 24. Set to Max Richter’s version of Vivaldi’s “The Four Seasons,” the expansive, windswept piece found the dancers playing with lines and forms as they danced solo, in pairs, trios and as a company.

Closing the evening was The Chase Brock Experience, which carries the name of its founder known for his astonishing Broadway and independent dance choreography. The company premiered Splendor we only partially imagined, a zen, highly kinetic and colorful piece that shifted from a slower romantic pace to energetic tribal rhythms while finding joy and delight in every movement.

Following the performance, VIP ticket buyers joined the cast for a special reception at the Catskill Mill, a property stretching from Main Street to the Catskill Creek that is being renovated into a complex devoted to craftsmanship.

The money raised helps Broadway Cares/Equity Fights AIDS provide grants to AIDS and family service organizations nationwide, including seven based in the Hudson Valley. The area organizations receiving grants in 2015 are Alliance for Positive Health in Albany, Animalkind in Hudson, Community Hospice in Catskill, Hudson Valley Community Services in Hawthorne, Hudson Valley LGBTQ Center in Kingston, Matthew 25 Food Pantry in Catskill, TOUCH (Together Our Unity Can Heal) in Congers.